Meals times can be one of the most stressful times, for me- pulling them away from the TV, getting them to sit still on their chair as well as the ‘I don’t like that’ fiasco 😫. You bloody do! You absolutely woofed it down last week. 🤬. Both of these recipes are great because they can be prepped in advance and reheated, or slung in the slow-cooker. So all you have to worry about at tea time is dishing it out! They even taste a bit better a day or so later.

Frozen veg has been used to save prep time and it’s really cost effective. You can use just the right amount with no waste! I’ve also used a small pack of baking potatoes (or you can buy loose ones) because I never end up using a whole bag of white potatoes before they start sprouting roots. This way is cheaper and there’s less waste, and I’m more likely to use any left over spuds for jacket potatoes as a quick meal one night. 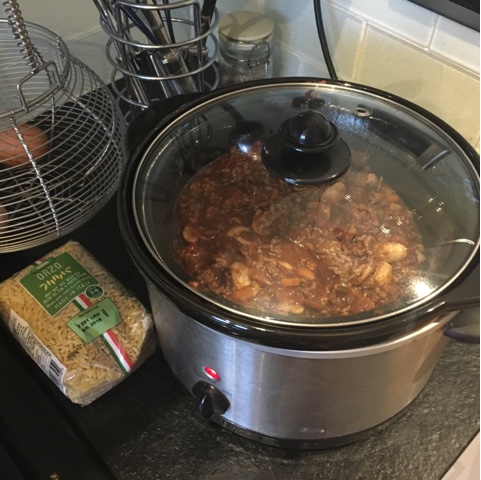 Beef Ragu: Serves 4 adults (or lots of little people) and is 543 calories per serving if served with 75g of dry spaghetti, cooked. 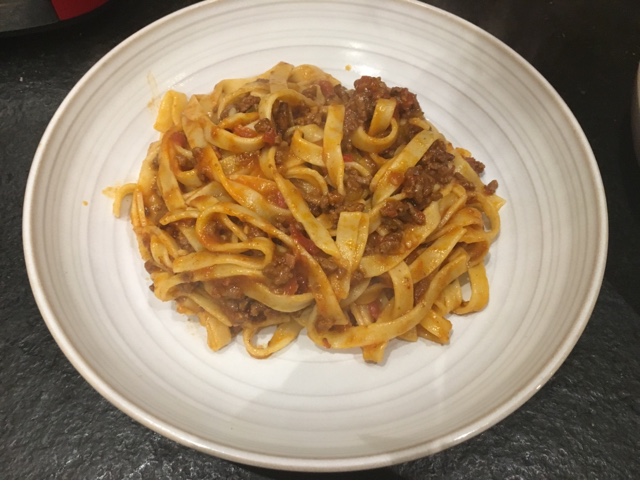 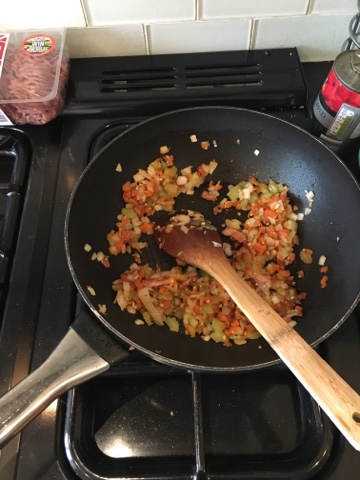 – Turn the heat to medium-high and brown the mince, until dark and almost crispy, stirring frequently. Break the mince down with a utensil, so there are no lumps, and cook until any fat has rendered away.
– Pour in the wine and continue to cook on high for a minute or two, until the boozey smell has gone. 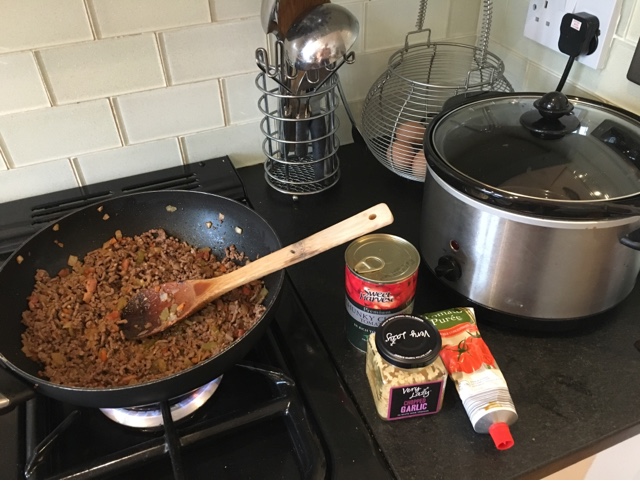 – Stir in the remaining ingredients and sprinkle a little black pepper in (salt is of course an option if you’re not cooking for kids).
– Bring the pan to bubbling and simmer for 24 minutes. Alternatively, tip it into the slow-cooker. Cook on low for 8 hours or high for 4 hours.
– At this point it’s up to you: twirl through cooked tagliatelle; layer through lasagne sheets; blend for the baby with some petite pasta shapes; freeze for the future in portions. Just enjoy!

Stew and Dumplings: Serves four adults or two and a few little ones, and is 452 calories per serving.